Craps Privee: Best Game for You

It’s already difficult to surprise a modern gambler with something in gambling, that is why developers of casino games are trying their best to satisfy the demands of their consumers. Modern online casinos provide a fairly extensive list of entertainment, using exclusively the products of world-famous companies. One of such entertainments is Craps Privee, an iconic game that will leave you breathless. Read on to find out more!

Microgaming Corporation is one of the leaders in the production of gaming software. It has become an example for many developers. Another successful development of Microgaming was the Craps Privee casino game, known to everyone as a dice game. Fans of this game know that it appeared even long before the equally popular slot machines or poker. In those days, dice was the main entertainment of all gamblers. Small cubes with simple dots on the edges were delightful, gave incredible emotions, but most importantly - they made ordinary people rich. Today, this entertainment is no less in demand, especially since it is also presented in a new format called Craps Privee.

If you've never been to a real-life casino, then the Craps Privee game will help you to feel the atmosphere of a real gambling establishment right at your home. On the screen, the user will see a gambling table with a red cloth. The corresponding marking with sectors for bets is marked on the red field. Design features white and yellow colors to make it easier for the player to navigate the game. 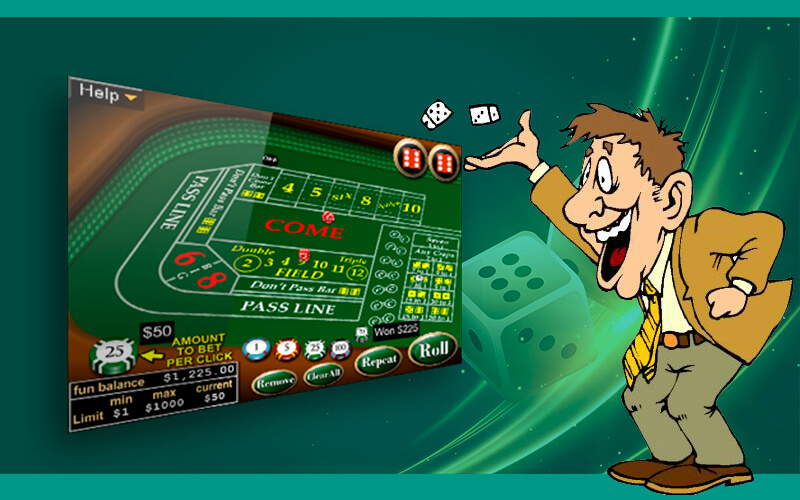 Chips of different denominations and colors are placed in the lower right corner of the game. They are used to determine the size of the bet. The game is controlled using special function keys that are located at the bottom of the screen. Current information will be displayed in separate windows. Each action is accompanied by a certain sound. You will not hear other sounds than that, nothing will prevent you from enjoying the game process.

For a beginner, Craps Privee will seem very complicated, but after learning the rules it will be easier to win decent amounts of money in it. The goal of the game is that the user must guess the total of a dice roll and make a bet that will bring victory.

Players can use chips of different denominations: 1, 2, 5, as well as 10, 20, 50, and even 100, 200, 500. The classic rules of the popular dice game are based on the standard Craps game. Therefore, it has two stages: the first, under the name - Come Out Roll, and the second - Point Roll. On the first roll of the dice, the Point number is determined. If the total is from 4 to 10, then Point will be fixed, and the game will proceed to the next stage. If the dice rolled out 2, 3 or 12, then it’s a loss. The numbers 7, as well as 11, mean the victory of the player, and he receives the right to the next move.

At the second stage of the game, the user will be able to roll dice until the result is the number 7 or the Point number, which was determined at the first stage.

Now let’s see the types of bets in the Craps Privee game. Pass Line is a bet that is made in the first stage. The player wins if 7 or 11 fell on the face of the dice. If it’s 2,3, or 12. the player loses. The Point number allows you to continue the round and wins if it fell before the number seven.

Don’t Pass Line bet. The winning numbers are 2 and 3, while the losing numbers are 7 and 11. It will also bring victory if the number seven falls before the end of the round before Point.

Come bet can be made at any stage. The victory is brought by the numbers seven and 11, the loss occurs at 2, 3 and 12. Other amounts will be determined as Come Point, and the bet will occupy the corresponding sector and will bring victory if Come Point will roll out earlier than the number 7.

To start a round in the Craps Privee game, you should select a chip with the amount that you are willing to spend on a bet at the online casino. Then you need to decide which fields you want to bet on and place chips on them. And now you can roll the dice. To do this, press the Roll/Start key on the control panel. If you decide to change the arrangement of the chips on the playing field, you can remove them using the CLEAR/UNDO button. If you want to repeat the same bet in the next round, then click the REPEAT button.