We’re happy to have the opportunity to talk about Gong Gaming, a new exciting software developer whose endless enthusiasm we admire. We understand that the name “Gong Gaming” may not ring a bell to you. This is because the company is a young one and was only established in 2020. Let’s turn the spotlight on this amazing software provider and see what goodies it has prepared for keen Aussie gamblers.

The fact that the company made its debut in 2020 doesn’t mean that the team behind it is unqualified or lacking in skill. On the contrary, Gong Gaming was founded by experienced igaming professionals that can be considered the veterans of the e-gambling industry. These people decided to bring together their invaluable expertise and creative ideas to give life to top-quality casino games that meet the highest industry standards and surpass gamblers’ expectations by a large stretch. Solid experience combined with out-of-the-box thinking is the magical formula that defines the head-spinning success of this young e-gambling manufacturer. 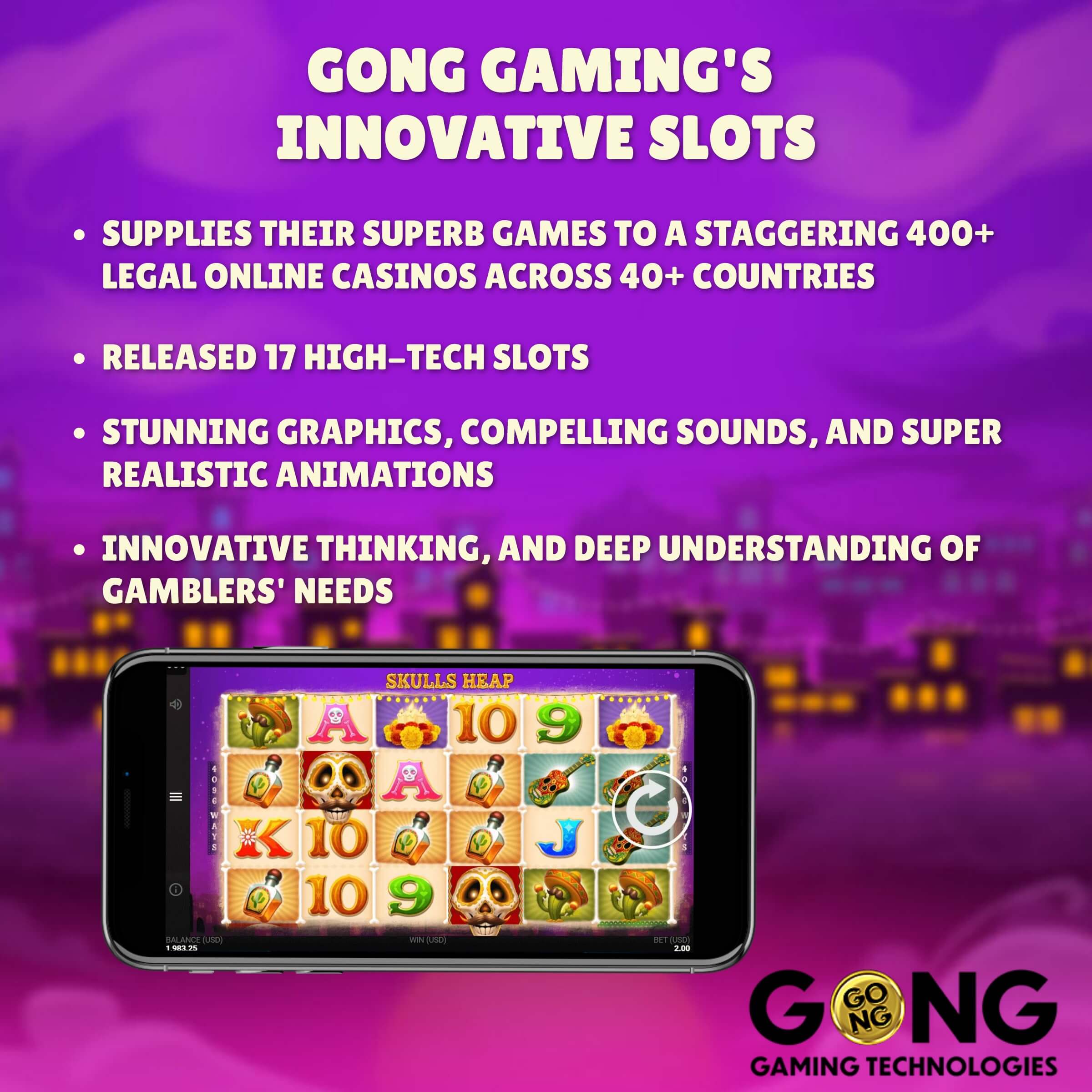 Gong Gaming has two offices located in Sofia (Bulgaria) and Malta. The company has a strong focus on making connections and forging fruitful partnerships with world-known igaming brands, such as Microgaming. Gong Gaming has gone to great lengths to put their entertainment content on the radar, supplying their superb games to a staggering 400+ legal online casinos across 40+ countries. Australian gamblers won’t have the slightest problem picking an igaming platform that offers premium creations by Gong Gaming. To see a full list of casinos that have Gong Gaming games on their catalogs, visit gonggaming.com!

Gong Gaming’s slots collection covers every genre that you can think of, including ancient empires, vikings, crime, gladiators, adventures, underwater world, and so many more. Let’s take a quick look at some of the company’s masterpieces:

Whichever of these remarkable slot titles you choose to play, you can rest assured that you’re going to get great value for your money! Each pokie machine features stunning graphics, compelling sounds, and super realistic animations that look like they might come alive every minute and walk off the screen! However, this is not nearly all. The Gong Gaming team knows how Australian gamblers appreciate well-paying slots. That’s why the developer’s slots boast rewarding RTP rates. Some of the most profitable Gong Gaming slots are Royal League Spin City Lux with a jaw-dropping 96.9% RTP and Viking Queen with a solid 96.92% RTP.

Gong Gaming’s list of slots is pretty short so far, which means you’re unlikely to be feeling confused when choosing a game to play. Still, allow us to give you some guidance - that’s what we’re here for! Let’s make a quick review of Gong Gaming’s hottest slot titles that stand out through their top-of-the-range visuals, engaging storylines, and fat payouts.

Our verdict on Gong Gaming

Despite being around for only 2 years, Gong Gaming is showing all signs of evolving into an acclaimed casino software brand. This company is by no means a tenderfoot! Founded by industry experts, Gong Gaming demonstrates a unique fusion of intricate skills, innovative thinking, and deep understanding of gamblers’ needs. As for now, this accomplished software developer has a slots-only portfolio. However, we hope to see Gong Gaming leave their comfort zone and expand into other igaming niches, such as table games, bingo, and maybe even live games. Be sure to keep your eyes peeled for new games from this software provider because it definitely has a dazzling future ahead of it!